The cat who wore his heart on a sleeve

The cat of my life

His name is Tabitha,yes and he is male grew from a small size kitten into a full grown giant Tomcat,Tabitha an orange Garfield replica was always included in the house conversations and I could see him pay close attention to all the activities if you sat to read, he sat next to you quietly,Often he felt like a human in a cat's body,we happen to have a shop and we would leave for a moment,Tabitha would wait at the counter and if a customer rings the bell,he would come home ,it was in the same compound and meow loudly,then escort you to the shop,I don't think he knew why the people would come to the shop,but he did his part,only to be rewarded with his favourite snack,the doughnut his eyes would become humongous as you ripped the packaging and he would move around with a sense of urgency and anticipation. My whole house adored him because every time we sat down to have a meal and say grace ,Tabitha would close his eyes too,I feel sad when I recall that I left home for fashion college one Thursday and in the evening the house was empty,no one was there,including Tabitha, when they came back they were all looking sad,turnouts Tabitha was fighting a big snake in the bush,to protect our house, it was poisonous and it bit him,they tried to save her but she had foam in her mouth,trying to give him milk to neutralize the effect was futile,I couldn't hear what they were saying after that,I left my bag on sprawling on the floor and dragged my feet to my bed I was too sad to imagine the pain my heart would endure for days,I knew they buried him in our land where we lay to rest all our pets. No cat will ever replace you Tabitha.
why we gave her a female name is a story for another day ,pass some tissue.
Posted by Catherinewa254 at 03:48 No comments:

Midi length skirts seem to be here to stay According to fashion report. They create the illusion of a slim tall figure. With the length they create due to  a clear cut between the upper and the lower body.
When getting one, go for colours that are trending this  season.
My take is, buy African print material  and get a tailored midi skirt that will fit you well. Also a designer  can create a different look for your midi skirt by draping it for you(see picture)
Always be confident and maintain an upright posture when standing or sitting. This will give you a positive self image. Remember to smile. Never forget your heels.The trapped heels are recommended for this look. 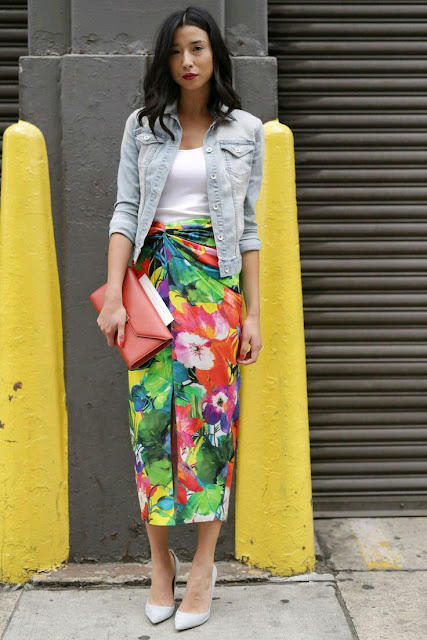 Some put style before  comfort but others preffer comfort  before  style. I preffer both in equal measure. Meaniful details on a piece is what is important  because  that is where we are drawn to look at. Colours  we Choose  are important. If you love to be seen and are very jovial, pick warm and bright Colours.Just balance them to create contrast or monochrome of Different  hues of the same colour use white and black for contrast, Effect.Before all that love yourself.
If you love being in the background and blend in, just wear dull, mature,serious colours. From dark green, to dark blue, to dark brown pop in white  to create an outline difference so it can not be monotonous and boring. 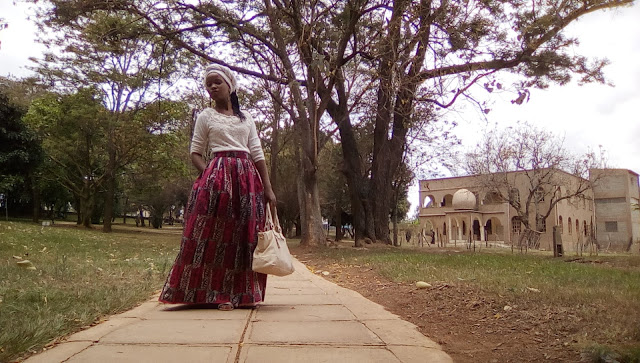 Not a working title.

This is the defining moment of my life. I will make it only if i swallow my pride. Its hard to loose something you have used to shield yourself from the real ache that life brings with itself.
I need a gulp if water to make it smooth or maybe a word or two from the good book  should do. The pain intensifies around the neck because  that is where it should go and not the head.
I am boring that i already know but, i enjoy my company of course that is me.This is not my diary but the exam was quit easy .
Here lying on my  bed staring at the cracking ceiling(its safe do not worry) I dream of what i could  be doing outside.
Making a fortune from selling my garments from Aila, or holding my chin as i inspect finished clothes in the quality assurance section of karl lagerfield's work for coco chanel. Searching for loose threads or badly plaid waist line to no avail. Who knew international tailors could be so perfect?
Daydreaming was my thing at preteen. I day dreamt a lot more of how i would  look like as an adult.well dressed, smart and brave. Well i try but not quit there yet.
The idea is to make twelve year old me proud. Would she look up to me so far well maybe..Never  be too hard on your self. Set goals and keep working towards it. If you fail today you  can't  allow yourself  to fail the same way tommorrow .
Invent new ways to fail that is how you finally succeed and become an inventor  in the long run.
You seriouly  have to make it, then reward yourself  for holding on and being faithful.

Growing up : Lady from Africa.

Its been seven months before  writing again that means it could be i was busy or i was preparing firely posts.Mostly i was busy. I love my readers so i keep them healthy with gestures here and there.
I 've been away because i was getting back to school.. I am old but not that old. Just old enough to write  my name well.
What makes me concerned about my age is seriously being hit on by guys four years my junior. Ist flattering but serious concern black for real don't crack. Some actually think i am younger than they are.I think i will just walk around with my Id tagged.
Its hear breaking.. but what do we do  time is the enemy. Speaking of time i need to sleep because i have lectures and a project that is due tommorrow.

Its flattering for a lady like me who used to be insecure..until i got dumped  twice on the same week.Do not be shocked it's twice in that, a job interview for a stylist position flopped.
That was the worst pain i ever felt in my entire youth. Then the same week the guy i thought  was promising let me go.On the same week. ouch!
So i lied to my self how amaizing that was.
That it would  mold my character, learn i am  not a princess of neverland(wherever that is) . Yet, it did, somehow. I am learning  so well. Because my lessons started earlier
Getting an admission  letter to an amaizing  fashion school  has been the best thing this year and  more is yet to come.
Adulthood is when you no longer fear faliure or fear itself that is when you are mature enough to run a fortune 500 company. Its when you care less about being liked more than respected.I love new me.

NO PAIN NO GAIN

I could title this as my first daring thing this year hope i haven't thrown my self under the bus with this..yes I am loving new me because 2016 i am taking matters to my own hands its called growing up and i suddenly did!I am exited about this journey .Lets take it together(Be kind)

Besides crazy resolutions that are being followed till now .I love fashion its infant my career i love writing about it.Let me break it down to where this love story began ..as a young girl i loved to pick lesos and fabrics and i would drape them on me in front of a mirror as i draped them my mum would stare as it would be so creative as i a am told at age four i would tie knots and come up with a dress or a blouse..crazy huh?My favorites were play days with my cousins we played dress up with old clothes stuffed away in trunks.

From then i went through the system thinking i was something else and art would be a pass time thankfully its my full time job.You bet i am a good sketcher i can literally draw anything (but don't ask me to draw you )Art addiction got me several episodes of whacking.cos i ruined my math book straight from class three.It cost me a lot.This is before i beginning..